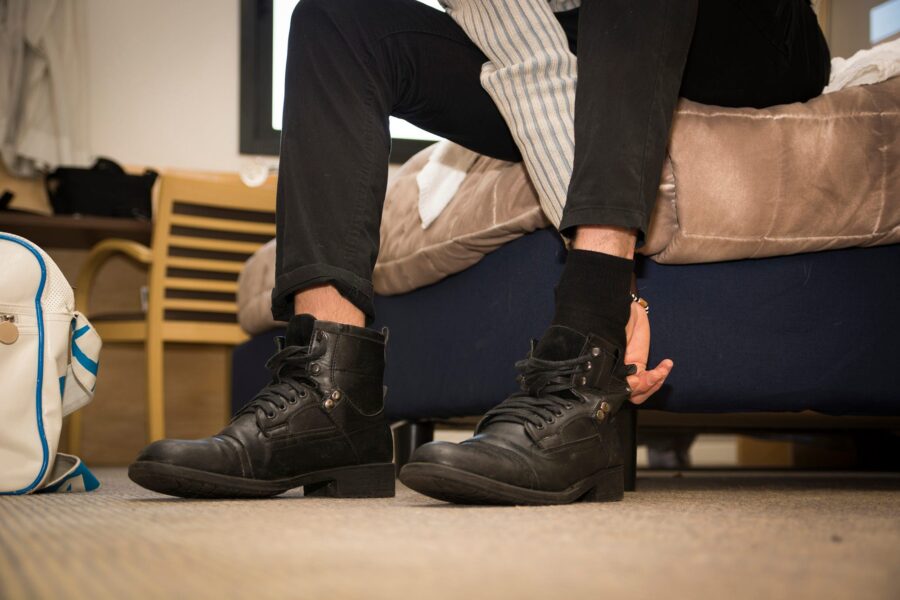 For many people, it is strange that most white people choose to wear shoes indoors. In particular, Americans have long picked up this habit as a way of life. As such, while other cultures may consider it differently, wearing shoes indoors is not a concern for most Americans.

There are lots of reasons why this has been the case, and the major ones are:

Adjustments to life in the cities

Most Americans live in the cities, which are generally mud-free areas with lots of pavements and tarmacked roads. This makes it convenient not to take off shoes every time one gets back to the house from work or other activities. It becomes better considering that most places of work and the nature of most jobs ensure shoes do not get muddy or dirty.

It is important to note that this trend has been around for a while and is not only restricted to those who live in major cities. In essence, white people are comfortable wearing shoes indoors as they want to get in and move out without any restrictions.

In a bid to adjust to this habit, most homes have designated places for the house members to switch footwear. This allows them to leave their dirty shoes on the entryway and use the clean ones freely inside the house. In the end, this makes everyone comfortable as a win-win situation is provided to everyone.

According to most white people, wearing shoes inside the house is one way to be comfortable. As such, there is a solace that comes with having to wear shoes indoors that makes it normal. This has seen it become a behavior that is widely accepted as everyone values their comfort.

The fast pace lifestyle in most cities has also been a contributing factor. Most white people find it unnecessary to remove their shoes each time they have to visit someone or when they go back home. As such, the lasting solution was to make it acceptable to wear shoes in the house.

Wearing shoes indoors is a habit that can be viewed either as normal or rude even to white people. For example; this is a behavior that is commonplace in America but not in other places such as Northern Europe. This is because in Northern Europe it is generally considered rude and unhygienic to keep one’s shoes on when entering a house.

On the other hand, in other countries such as Japan and India, it is the custom to always remove shoes before getting into a home. This is seen not only as a measure to maintain hygiene and cleanliness but a sign of respect.

However, since white people do not consider this as a sign of disrespect, it has become a debatable issue. Most households further have an open mind as to whether people should wear shoes indoors or not. The result is a people who are free to do as they please as long as they are comfortable with their decisions.

The practice of allowing people to wear shoes in the house has also been embraced by some white people to avoid offending their guests. The realization that someone has probably been doing this for a long time makes it rude to change their behavior suddenly. Therefore, to make guests feel at home, there is the provided freedom for them to wear shoes indoors.

Another common reason is that smelly feet can gross people out. To avoid offending others, some people prefer not to take out their shoes while they are indoors, especially during visits. This creates a comfortable environment for everyone present in the house.

In other regions, for example, California, people hardly ever take their shoes off. The city areas are mud-free, and presumably, shoes are clean and can conveniently be used indoors. This beats the need to take off shoes hence the spread of this habit in the region.

Most white people live in large houses that have more than a single floor. Arguably it is fit for shoes to be used while in such homes for ease in moving around. For this reason, wearing shoes inside is viewed as more comforting compared to walking barefoot in such large houses.

Often, most Americans spend their time outside their homes driving or just inside their offices. This brings about the assumption that not taking them off is okay. The assumption is based on the expectation that the shoes are clean enough to be worn indoors. Over time, this has become a habit that has been accepted in most homes.

Many American homes and apartments are also not built with shoe removal in mind. Thus, most Americans would not remember to take their shoes off in the doorway. As such, it is normal for people to walk in with their shoes and later walk out without raising eyebrows.

Most white people keep pets inside their houses. They live, eat and sleep inside the houses and most families are okay with this. For the same reason, whites do not see any problem in wearing shoes indoors as it works for everyone.

Most Americans prefer vacuuming as their style of house cleaning. Generally, a household will have their carpets, or hardwood floors cleaned several times a week. As such, white people will be comfortable wearing shoes in the house as they know their houses will remain clean.

It is not strange for white people to wear shoes indoors. This has for long been a lifestyle choice and behavior that is widely embraced. For most cultures, this can be seen as strange, but in most cities, this has become the new normal.

Still, the decision about whether one should wear shoes in the house or not is not written in stone for all white people. Instead, it is an option that some have chosen to live by while others are very harsh about it.

How To Prevent Shoes From Peeling