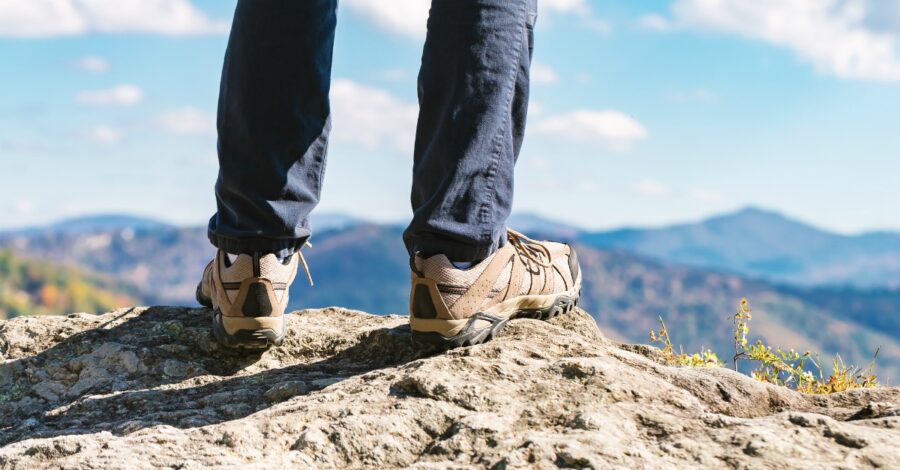 Dreams play a significant role in understanding our shrouded sentiment, feelings, and emotions and how we confront them. Mostly, dreams are an impression of regular happenings. Sometimes they’re considered to convey a message from the angles or even directly from God, though in rare cases.

Some symbols have a huge significance in these dreams.

Shoes are often referenced in the Bible, and their imagery is beyond the basic protection for human feet and making life easier. Moreover, they are linked with the subject of our heading or direction and focus in our life. Sometimes they represent the assurance we get from God and the desire allowed to us by the universe. They might also represent victory over the adversary.

Dreams about shoes, whether you dreamed of having dirty shoes, losing your shoes, or such, can be a message from God about straying from his ways, for instance.

In ancient times, shoes were viewed as a symbol of power. They were also considered to represent successful warriors.

It was also common for a priest to remain shoeless during their services. Believers also used to attend the sanctuaries without shoes. Shoes were also viewed as a sign or symbol of possessions, for instance, a symbol of land ownership or having children. Throwing or casting a shoe at someone in ancient times was considered a sign of disrespect.

During those days, mighty kings and powerful lords used to send their shoes to ones lower in the hierarchy as a symbol of their dominion. Shoes were also carried on the shoulder to show humility.

A shoestring, in prophetic terms, represented something inconsequential and insignificant. The saying “selling someone for shoes” symbolically means betraying or abandoning someone as if they were insignificant or replaceable as shoes.

Also Read:  Why Do White People Wear Shoes In The House?

Biblical Meaning of Shoes In Dreams

Dreams about shoes in general: In case you dream about shoes without so many details, such dreams could imply going out spiritually, probably for spiritual development. The dream could also denote the advancement in your life and move towards your goals and personal wants. It could mean coming to understand something.

Dreams About Shoes That Don’t Fit: If you dreamt about wearing shoes that are of incorrect size, it might be a suggestion that you’re not being true to yourself and beliefs. Perhaps your moves and actions are not quite the same as your convictions. This dream could mean disappointment and an absence of happiness in your marriage.

Receiving Different Size Frome Somebody: Dreaming about someone giving you different size shoes is not considered a good sign. It could symbolize that the person is meddling in some way or another with your relationship or marriage.

Wearing different Size Shoes: Dreams about wearing different shoe sizes are mostly considered a bad sign and could symbolize some challenges and obstacles soon, probably in your romantic life. This dream is typically common for individuals who are not faithful to their partners and people who are attracted by committed partners.

Losing Your Shoes: If you lose one shoe in a dream, that is not a good sign and could symbolize being affected by some malicious spiritual forces zeroed in on ruining your relationship.

Sometimes, this dream could indicate being manipulated and could be a result of an evil curse. Dreaming about losing both shoes is also a bad sign and is considered to indicate difficulties and trouble in marriage or love life.

Wearing Others People’s Shoes: If you find yourself wearing another person’s shoes, it’s not a good sign. It could symbolize arguments and misunderstandings with someone or disagreements in your relationship.

Someone Wearing Your Shoes: If someone wears your shoes in a dream, such dreams mostly indicate going through marriage or relationship issues, and you might need to face them as soon as they appear.

Stolen shoes: If you dream about your stolen shoes, the dream is possibly symbolizing marriage or relationship problems.

Dreams About One Shoe: If you dream about only one shoe while the other one is missing, that dream is often a bad sign and could indicate the loss of direction or meaning in your life. It could be due to relationship issues, which might arise soon or are currently present in your life.

Dreams About Not Finding Your Shoes: If you couldn’t find your shoes in a dream, that might be a bad sign. It often symbolizes the loss of something important. Sometimes it could be a sign of certain issues occurring at some points in your life, which can be difficult to deal with.

Shabby And Worn Out Shoes: If you dream about worn-out shoes, it’s usually a bad sign. This dream mostly represents relationship issues likely to occur soon in your life. Such a dream could also indicate a delay in some important life events you’re expecting, which might involve an ex, a marriage, or an engagement.

Walking Barefoot: If you find yourself walking barefoot in a dream, it could be a warning concerning something unexpectedly happening in your life, which you’re not prepared to accept or cope with easily. It could indicate loss of resources, protection, poverty, and being homeless.

Forgetting Your Shoes: If you dream about forgetting to wear your shoes, the dream could be a symbol revealing the state of mental and emotional distress you might be going through. It might symbolize abandoning your current goals or projects.

Shoes can indicate many different shapes and symbolize many different things based on the details of the dream. All the signs and symbols you find in your dreams are connected to you. Shoe dreams are mostly connected to your own character and your life situations. Remember that all the symbolism and imagery in your dream can be formed by opportunities and situations in your waking life.

Why Do White People Wear Shoes In The House?

How To Stop Shoe Heels From Wearing Down

Are Keds Good for Walking?