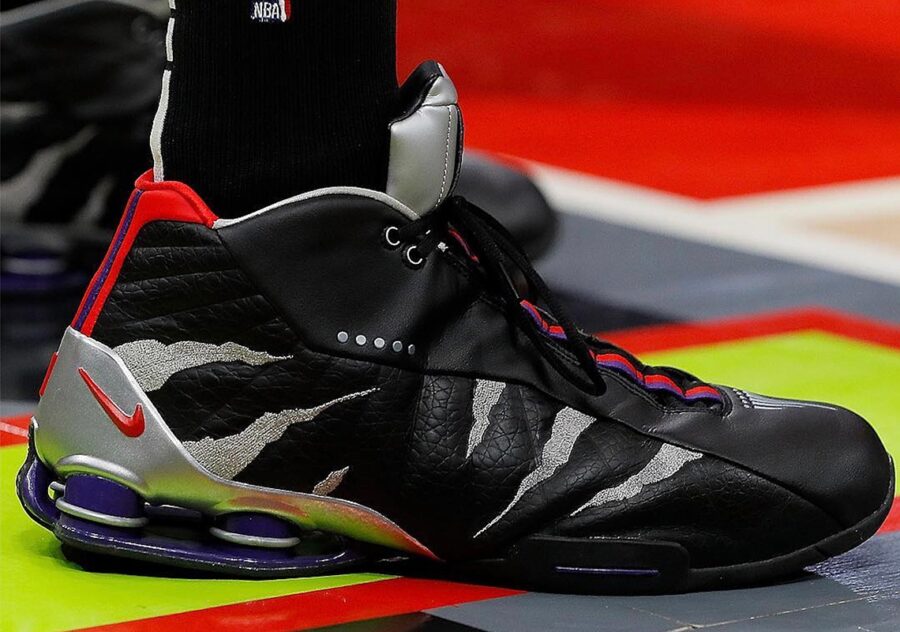 Vince Lamar Carter Jr. is a true basketball sensation who has been ranked in many circles as one of the greatest dunkers of all time. While he has never won an NBA championship throughout his career, his achievements out shadow the only whole in what has been an exciting NBA run. After competing in four different decades after a record 22 seasons, Carter announced his retirement on June 25, 2020. Even as the basketball world appreciates a man who helped redefine the game, Half Man, Half Amazing, and Vinsanity (all his nicknames) is undoubtedly one of the best to play in the courts.

Vince Carter describes his experience with Nike as a happy one since the company understood his needs and always delivered. After a rocky start with Puma, he was keen not to rush into another deal, but he found a home at Nike. Over the years, he has been the face and force behind some of the most iconic masterpieces that include:

After signing up for Nike, Vince Carter quickly became the face of the Shox VC series. He launched this line of shoes for the brand and displayed his prowess while looking stunning. This was after wearing the iconic Nike Shox BB4s and coming up with an idea of a personalized line from the brand. After years of success of the Shox VC series, Carter is on a mission to bring back the BB4s as he bows out of the stage.

Another line of shoes from Nike that Vince Carter loved was the Air Max Dominate that he chose severally over the years. He also has a soft spot for the Nike Air Max Audacity 2016 that he settled for on several occasions.

The special Player Edition of the Nike AlphaDunk, nicknamed ‘Dunk of Death,’ is an unforgettable pair that the star wore on August 6, 2019. There could not be a better tribute to a superstar who was suiting up to play for the hawks and defy father age.

As a rookie, Vince Carter signed a deal with Puma with the promise of releasing a line of signature shoes – the Vinsanity. This was a 10-year deal that was worth 50 million, and while it had lots of promises, it died off after only one year. Why? Vince Carter was not happy with how the company delayed the release of the Vinsanity.  During these delays, he rocked some of their releases, and these included;

Vince Carter eventually wore the Puma Vinsanity, but only for a short time. This is because the day he was expected to make the biggest impressions with these shoes during the 2000 NBA Slam Dunk Contest, he chose to wear the AND1 Tai Chi. The red and white sneakers were a clear sign that the Puma deal was dead, and since then, the brand has never been able to have a sponsorship deal with any NBA player.