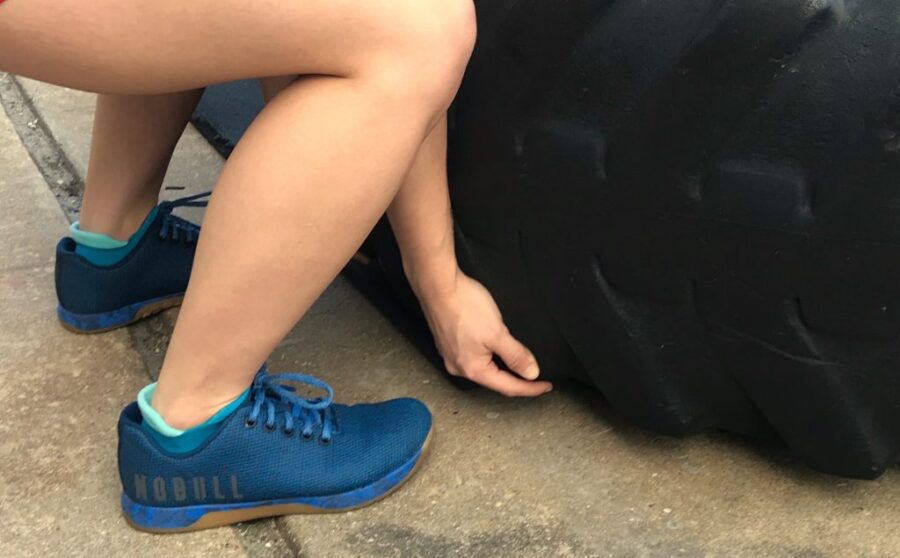 Nobull is one of the relatively new companies in the CrossFit world. Started in 2015, the brand has only been around for five years in comparison to other popular brands like Nike and Reebok that have been there for decades.

However, new brands always induce buyers and thus, most people will be excited to try them out. As such, we thought it would help to provide a quick rundown stressing on Nobull’s key qualities in terms of comfort, and versatility and whether they’re actually good for wide feet.

Nobull’s massive success stems from its simplicity. Basic designs and innovations are what attract most athletes to this brand. Instead of too many gimmicks, the brand focuses on producing solid, reliable shoes to keep up with the intensively working athletes. Moreover, the features incorporated in these shoes are remarkable, both in writing and practice.

A large majority of athletes and fitness enthusiasts lauded the comfort and versatility of the Nobull’s shoes. Perhaps this is because they perform well in running, walking and other rigorous workouts, including HIIT.

The shoes are also deemed comfortable for casual wear, long walking sessions and training. They feature a lightweight and breathable design that’s claimed to please most testers.

The sole unit is flexible enough to please most users, and the traction of the outsole is hyped by a handful of customers. The shoes also feature a flat heel that ensures steadiness during squatting and weight lifting, according to most customer reviews. Several users stated that they were satisfied with the level of support that the footwear offers.

Of course, with all these features and hype in mind, anyone would like to train in these shoes and probably see what makes them so exceptional compared to other trainers out there. After putting the shoes into the actual test and interacting with people in fitness forums, we found several things that you might need to know:

They Run True To Size, But Not As Roomy As You Might Expect

First, we have to admit that these shoes run true to size. Sometimes getting the right size is a gamble, but not with the Nobulls. You can easily order your normal size, and the length will be just perfect.

On the flip side, however, it’s good to note that Nobulls aren’t the roomiest shoes of all. They indeed have ample amount of space in the toes, but they are not that wide, especially when compared to other models like Reebok.

This simple difference in width isn’t likely to be a problem for lifting and other general movements, but it might be a slight concern for some when running. If the width of your foot is normal, or are a little narrow, this will not affect you.

On the other hand, the wide-footed or those who prefer wider shoes might want to reconsider. Not to mention that pinky toes might get a little squished and irritated on runs.

Comfortable To Wear Around

Another great feature and probably what sets Nobull shoes from others is that they’re incredibly versatile and comfortable to wear around. While most trainers will often become uncomfortable after hours of standing, Nobulls are designed to remain as comfortable as possible.

However, with the extended comfort comes a gripe: Nobull shoes are a little too roomy around the midfoot. And while this is likely to get better over time, the shoes might still not adapt well in the arch area due to extra room around the arch, making it hard to have a perfect fit.

Coming down to sole, these shoes are very supportive and stable. And when performing any kind of lifting, squatting, deadlifting and even cleaning you will feel amazing in these shoes. The sole is designed to be springy, making those box jumps and double under much easier.

The excellent grip is also ensured for rope Climbs. According to previous users, rope climbs feel so much safer and straightforward compared to most other shoes. The outsole is very grippy, which makes it easier to keep your feet in the rope and push off.

Another unique feature of Nobull shoes is that they have a durable upper. The whole upper part of the shoes consists of one piece of material, which is incredibly durable. And since it doesn’t seem to catch on, you can be confident that the shoe will last long without developing holes. The upper isn’t waterproof, and it wasn’t meant to be. However, it seems to be slightly water-resistant. That means your feet will stay completely dry, even when you get your shoes wet.

All things considered, Nobulls are great shoes worth consideration. They are durable, supportive and provide great traction and are comfortable too. Users also commended the sole unit because of its flexibility, yet the heel is flat and stable for weight training.

Others craved the shoes comfortable footbed, although we noticed several complaints that it was a tad too stiff and caused discomfort after overall, Nobulls’ versatility as Crossfit shoes induced many to leave positive feedback.

The only activity that Nobull might fall short is running, due to the said stiff sole and insecure midfoot. However, that’s only one activity among many, and these downside elements may improve with other Nobull versions.

For most workout purposes, especially those involving running, our verdict here is still partial. The toe box is fairly accommodative, but the extra space in the midfoot makes us believe that there are better options than Nobull.

That said, when faced with a rough workout demanding more durable shoes, you can definitely grab your Nobull and will be much better than when wearing other trainers. Nobulls will basically hold up during grueling workouts.

The best thing about acknowledging a certain brand early in its development is seeing how they improve over time. In the light of great products they have so far released, it’s safe to say that it’s only a matter of time before Nobull evolves into a great contender with shoe companies like Nike and Reebok.

The brand is currently growing in success and popularity at an amazing rate. There have to be improvements, of course, but if only they could perfect their design, Nobull shoes will certainly be in every gym all over the world.

Are VaporMax Good For Gym?

How Long Do Pointe Shoes Last?