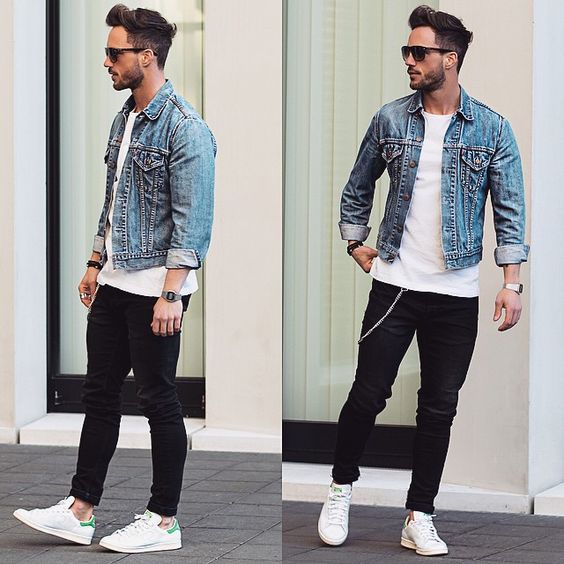 Adidas is one of the oldest and most famous shoe brands globally that has been at the forefront of defining streetwear fashion. The sneakers from the company have been groundbreaking releases that have paved the way for modern shoe styles. Adidas shoes have also been the ultimate pick for several sports, including basketball that has heavily influenced the youth’s fashion choices.

Even as Adidas continues to set higher standards both in the tracks and in the mainstream fashion industry, we take a look at their best releases that look good with jeans. This list could not get any better considering that Adidas is now in the limelight for releasing the streetwear sneakers of the decade.

The Top Adidas shoes that Pair Greatly with Jeans

As one of the most popular brands, Adidas has hundreds of shoe lines that one can opt for whenever they want to look the part. Here we focus on the top-ranking releases by the brand over the decades:

The Stan Smith is the most popular shoe line released by Adidas that has become a lifestyle design. The simplistic and catchy look of these shoes has remained unchanged since the 70s. Defined by its classic white color with green markings, everything about these shoes screams streetwear.

Adidas Gazelle, just like the Stan Smith, embodies simplicity but in a catchy and appealing manner. The three-stripe design on its side and single-form construction makes it a pair that looks amazing when worn with jeans. It is a pair to settle for when you want to look cool without calling for too much attention.

This is one of the jewels in Adidas crown that took simplicity and timelessness to a whole new level. The Adidas Superstar is particularly preferred as streetwear for its exciting design as it has a distinct rubber shell toe cap.

Adidas Samba was initially designed to assist footballers train in icy conditions, thanks to its suction gum-sole. However, the low-cut leather upper and three stripe branding made it win the heart of the fashion world. Today, it remains one of the favorite pairs for anyone stepping out in jeans.

Also Read: How Much Does It Cost To Make Adidas Shoes?

One of the reasons Adidas is a powerhouse is that it often releases a series of shoes that makes it impossible to pick a single outstanding model. This is the case with the SL series that was inspired by the original SL 72 shoes. Over the decades, this line has produced some of the best shoes to pair with jeans, including; the Andridge, 7200 shoes, Lotta Volkova SL, and the SL 7600 shoes.

This is a classic high top sneaker that continues to work its magic as streetwear. Its simple vintage styling is its distinctive feature, and it readily complements most types of jeans. You will love the variety of colors it comes in, allowing you to experiment with it without any limitations.

The Adidas Nite Jogger should have been named the ‘Day Walker’ as it is the perfect shoe for the stylish individual who wants to be comfortable all day long. All its latest releases have the right touch of colors and are an exciting pick for all those days you want to attract the right amount of attention.

Adidas NMD was designed for the urban explorer and is a modern style that will make you look cool without putting in too much effort. The breathable upper and one-piece build plus captivating rubber parts on the exterior makes it a pair that will attract you. Besides the original Adidas NMD, the company has collaborated with other designers to release several variants of this model. One of the highly sought-after releases is the Adidas Pharell Hu NMD.

These shoes were released to celebrate the contributions Adidas has made to Tennis since its establishment. Adidas Supercourt mirrors details of the Stan Smith but with extra modern touches that have made it an instant classic

Adidas Futurecraft 4D showcases the power of advancing technology and how it will redefine production in the coming years. Featuring a 3D-printed sole, these shoes are futuristic pieces that instantly command your attention. They are easy to wear with jeans and come in exciting color matches that you will love.

In all evaluations, Adidas Yeezy Boost is one of the best shoe collaborations that Kanye West has ever made. These shoes live up to expectations having great appeal, unique design, and providing utmost comfort. They further come in the most exciting colors and, with their remarkable soles offering an extra reason to wear them with jeans. Adidas has other collaborations with Kanye West, with the ‘Yeezy’ line having some other pretty fantastic options.

Another series of shoes by Adidas that has given streetwear fashion something to smile about is the Adidas ZX 2K series. The look of these shoes is an instant winner, and they are guaranteed to instantly upgrade your fashion style. As one of the most in-demand lines of shoes by the modern generation, there are several models of these shoes that have been released. The best part is that you can opt to play with colors by going for the colorful variants or play it safe by settling for block-colored variants.

Adidas has shoes for everyone, from the top-rated athlete on the field to the fashion superstar you look up to for inspiration. When it comes to streetwear, this brand continues to dominate the sales chart as it has an ever-growing line of shoes that perfectly meet fashion demands. As such, whether you want to keep it simple or go for unique and attention-grabbing sneakers, Adidas always has you covered.

As Adidas continues to collaborate with leading designers and celebrities such as Pharrell Williams and Kanye West, they are no longer just a sport-centric brand. Therefore, in the search for a perfect pair of shoes to go with your favorite pair of jeans, you will appreciate the variety Adidas provides.

What Color Shoes Should I Wear With A Grey Dress? 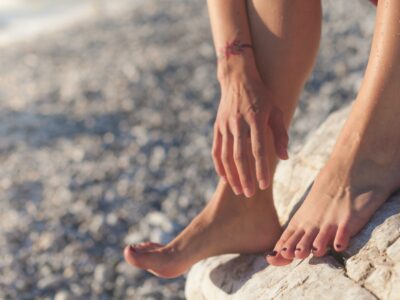