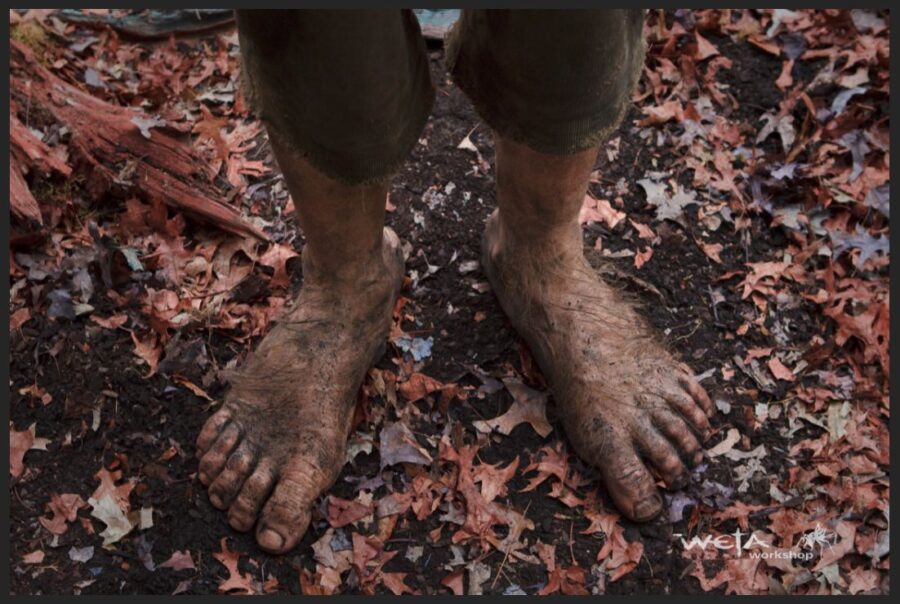 There is too much research and analyses floating around the internet. However, one of the most exciting pieces is the one that describes the peculiar behavior of hobbits. Why didn’t the hobbits wear shoes? Is it because they just didn’t need them or it’s because the Shire and Bree (north-west of Middle earth) was a great place and their feet could bear whatever the ground threw their way?

Based on The Hobbit  (The Lord of the Rings – Fellowship of the Ring – Prologue: 1. About Hobbits) we are told that “they dressed in bright colors, being notably fond of yellow and green; but they seldom wore shoes since their feet had tough leathery soles and were clad in a thick curling hair, much like the hair of their heads, which was commonly brown.”

This, however, doesn’t mean that hobbits never had footwear. The phrase “they seldom wore shoes” does apparently imply that Hobbits could and did wear shoes when they needed to.

This is further affirmed by Tolkien’s Letter 27 in relation to a notable member (Bilbo Baggins) in The Hobbit. There is no mention in the text suggesting that he acquired a pair of boots. Maybe there should be, or it has been left out somehow in various revisions.

Despite the Absence of The Texts

It’s not that impossible that the Hobbits in the Lord of the Rings also wore boots, even though it’s not mentioned in the texts. Tolkien described hobbit feet as having really tough and thick calluses on the underfoot.

Calluses are basically a thick layer of dead skin cells usually developed from a constituent known as keratin. To break this further, keratin is the same substance that your fingernails, toenails, and hair are made of. It’s also the same stuff that rhinoceros are made from.

The thing is tough, inert, and dead. It can experience frostbite or sensitive tissues underneath- perhaps unless it gets really cold and stays that way for an extended period of time.

If you have ever come across a literally barefoot buddy, or even befriended one for that matter, you probably understand how gross and thick the calluses on their underfoot are. This is what naturally happens when you walk around shoeless, or simply what the shoes are supposed to be and feel like.

Going back millions of years ago, our ancestors came down from trees, and mankind simply had nothing to do with shoes. They went everywhere barefoot, and as a result, they developed thick, protective callouses protecting their underfoot.

On the bright side, such callouses provided an improved resistance to extreme temps within seasons. You can relate this to those chefs with callouses on their hand that allows them to handle extremely hot pans and plates intendedly without getting burned or developing blisters.

Similarly, persons with thick calluses all over their feet would enjoy similar levels of protection from extremely cold conditions and would be much hostile to frostbite.

Perhaps we are not expected to bring much importance from this broad practice apart from understanding that Hobbits are rustic subjects with a strong connection with the earth.

Moreover, for those looking forward to knowing more about hobbits and how they differ from the rest of the world, it can be noted that their rather typical physical attribute of tough leathery feet allowed them to instigate their love of the surface by walking barefoot.

Of course, they are those people who go shoeless, but in most cases, it’s assumed that it’s not really out of choice. Not to mention that for many, footwear is just but a luxury.

Contrary, hobbits preferred to go shoeless. Unlike the difference in their dwellings, between dusty holes on the ground and elaborate Smials, no indications made of noble hobbits choosing to have their feet shod as a mark of their material comfort.

However, it seems that hobbits knew more than most people even realized. Perhaps greater credits should be offered to their barefoot habits. After all, when you walk shoeless on the earth, it’s beneficial to your health.

How Walking Barefoot Does The Body Good?

The earth conveys a negative charge, which turns out to be an excellent source of antioxidants and free radical eliminating electrons. Additionally, the best way to enhance this supply is by having your barefoot on the ground.

It’s an activity that’s gaining popularity under the name “earthing”. Still, labeling it as simply “walking on the earth barefoot” is not as pleasing as describing it as an activity. It should be noted that one might want to walk barefoot on the ground to gain any benefit, but certainly not concreted pavements.

Research presented in the Journal of Environment and Public Health states that walking on the ground with bare feet could be helpful to a variety of degenerative severe health complications.

Another study by the University of California showed that even an hour of full contact with the ground could restore blood flow regulation to the face, which helps in repairing skin tissues.

Still, another study published in the Journal of Alternative and Complementary Medicine revealed that earthing could subside blood viscosity, which is a leading factor of cardiovascular problems.

So now if you’re wondering why hobbits did not wear shoes, this would be a possible answer. These people had tough gross calluses. They had leather-like soles with plenty of hair for warmth. However, that alone doesn’t explain how much warmth their feet could generate in comparison to regular leather shoe.

Moreover, their journey involved lots of mountain ranges, which would have temps far below freezing. Combine that with the assumption that hobbits only have the warmth of the shoes on their feet. This would have presumably led to some frostbite- yet, there’s no mention of such issues in the novels.

That said, maybe Tolkien would be delighted with this quick conclusion that there was indeed some logic to the strange custom and habits practiced by persons from Middle-earth.

How To Prevent Toe Holes In Shoes

How To Know If Shoes Are Slip Resistant

Best Socks To Wear With Sperrys

Best Socks To Wear With Yeezys

Best Socks To Wear With Toms

Best Socks To Wear With Boots

Should You Wear Socks With Bearpaw Boots?

Best Socks To Wear With Uggs