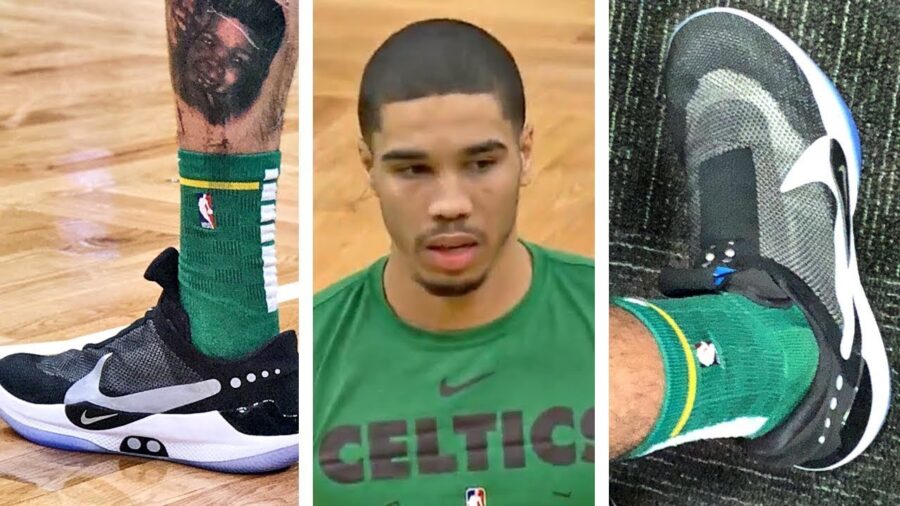 Born on March 3, 1998, Jayson Tatum has already established himself as one of the superstars to watch for the Celtics. The 21-year-old is already on the course to break lots of records. Before the NBA season was halted because of COVID-19, he was averaging 23.6 points and 7.1 rebounds per game. As such, it is not surprising that Jayson Tatum made it to the All-Star Selection in 2020, with more accomplishments expected of him. As a professional heading into his fourth NBA season, many believe that the courts are yet to see the best of the Duke alum.

In the summer of 2019, Jayson Tatum signed for the Jordan Brand, a feat that few other NBA players have enjoyed at such a young age. The Celtic star described the deal as a “dream come true,” and for a player who has always loved sneakers since his teenage years, this is expected to be an exciting sponsorship. Since then, these are the shoes that Jayson has donned:

For the 2020/2021 season, Jayson’s choice shoes are the Air Jordan 35s. These new releases have taken the basketball world by storm, with top players signed by the brand preferring them. The most notable pair worn by the superstar was his Green on Black PE that he unleashed to the world on December 19, 2020.

Before signing a multi-year sponsorship deal with Jordan Brand, Jayson Tatum had a soft spot for Nike. During the first two seasons in the NBA, Tatum always had a flashy pair from this brand, which made him stand out. Some of the most popular releases he wore were:

All eyes were on Jason during the start of the 2018/19 season when he showcased the flashy PG2 colorway. The ‘coloring book’ was a big highlight and a clear sign that fans would expect a lot of unique releases from the superstar.

Kyrie Irving was supposed to unveil his signature shoes, the Nike Kyrie 2, on the hardwood, but could not due to an ankle injury. He chose to enlist the help of his friend Jason who ended up debuting some of the most exclusive versions that included the ‘Wheaties’ colorway, ‘Power is female’ special edition, and ‘Green Lobster.’

Jayson Tatum was the first NBA player to wear the Nike HyperAdabt BB that replaces the traditional laces with a series of automated cables. This is a futuristic technology that the company has been working on for over three decades.

Fans can also never forget when Jayson Tatum laced the Nike Kobe AD Exodus in Red and Yellow on October 26, 2018. This was a special player edition that looked cool and perfect on the player.