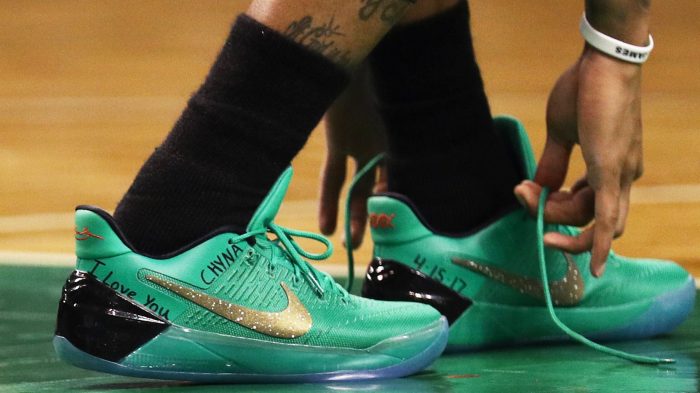 Despite being one of the shortest players to ever play in the NBA at 5’9”, Isaiah Thomas has managed to stand out every time he is on the courts. The point guard earned a spot in the professional league after being the final pick for the Sacramento Kings in the 2011 NBA draft. Thomas knew he had to prove himself, and he quickly went on to become Rookie of the month, an honor that no final pick has ever achieved. His commitment and solidarity with the Sacramento team promptly made him popular among fans.

After three seasons with Sacramento Kings, Isaiah Thomas was acquired by the Phoenix Suns after a sign and trade deal. He stayed with the Suns for only a season before he was traded to the Bolton Celtics. During his three seasons with the Celtics, Isaiah Thomas proved his worth in the NBA and was named to two NBA All-Star games (2016 &2017). He also went ahead and won the All-NBA Team honors in 2017. Since then, he has moved to the Cleveland Cavaliers (2017 to 2018), Los Angeles Lakers (2018), Denver Nuggets (2018 to 2019), and finally, Washington Wizards (2019 to 2020).

The Unexpected Hurdle in the NBA for Isaiah Thomas

After being traded by the Celtics to Cleveland Cavaliers, Isaiah Thomas has never found his standing and continually moved from one team to another. His injuries have become a primary concern as he spends most of his time seeking treatment or on the bench. Finally, in 2020 after he was traded to the Los Angeles Clippers, he was waived after only two days. This left the small-sized point guard without any team, and he is yet to be signed with another team. Still, fans have high hopes for Thomas, who has proven he has the dedication and skills required to be a star in the NBA.

The Affair with Reebok that Ended with a Nike Contract

Isaiah Thomas has always been rocking Reebok shoes even before joining the NBA, and the brand was quick to warm up to him. During his time with the Sacramento Kings, the brand awarded him a Player Edition of the resurgent Kamikaze II. This was a strategic move that brought back the hype surrounding these shoes, but it never materialized into a long term contract. Later, in 2015 Thomas o wears shoe size 12 signed a deal with Nike, and the favorite models from the brand have been:

As the second shoe in Kobe’s line to come back in Protro form, Nike Kobe 4 Protro was bound to raise a lot of attention. Isaiah Thomas was among the Nike players who loved this model that comes with a sleeker heel shape and wider outsole traction, among other improved features.

After spending most of the 2017/18 season out of the courts due to an injury, Nike welcomed back Isaiah Thomas with a customized pair of the Nike Kobe Ad that was dubbed “Mighty I.T.” Fans will also remember when Thomas honored his sister Chyna, who died in a car accident, with his green and golden Nike Kobe AD.

Isaiah Thomas picked Kobes right from the moment he signed up with Nike, and the Kobe 4 were his favorite.