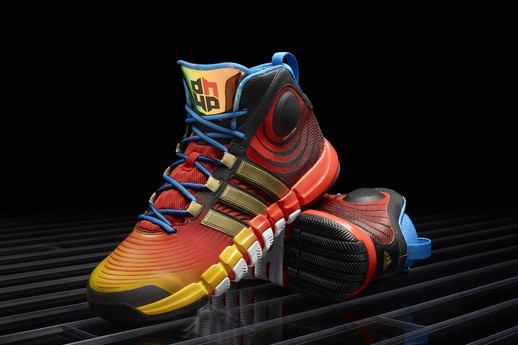 Dwight David Howard has always been a controversial basketball player, but despite all odds, he has managed to become an NBA champion, three-time defensive player of the year, and five-time All-Defensive team member. Howard is also an eight-time All-NBA team honoree and has been selected to the NBA All-Star Game eight times. Overly, his rise to fame began when he became Orlando Magic’s first overall pick in the 2004 NBA draft. Howard immediately put his athletic prowess into good use and built on his skills to become his team’s defensive center. However, his big moment came during the 2008 Slam Dunk Contest where he showed up dressed as the Man of Steel and proved this by emerging the winner.

The Adidas Star who ended up with Peak

Dwight Howard had always been a huge fan of Adidas even before he began his professional career. This earned him a contract with the three stripes that lasted a decade and allowed him to have a signature line of shoes. Howard’s first official signature shoes with Adidas were the Adidas Beast Commander and it was quickly followed by the Adidas SuperBeast. However, after a legal dispute on the use of the word ‘Beast’ the brand dropped the name and dropped the Adidas AdiPower Howard series that ran up to 2015.

After having a rocky relationship with Adidas, Dwight Howard chose to leave the brand and made a surprise signing with Peak, a Chinese sportswear company. Once again, Howard was lucky to have his signature line of shoes after he became the face of the brand. After a short run with Peak, Dwight Howard who wears shoe size 18 finally became a sneaker free agent and chose to wear Nike shoes. In recent years, the shoes associated with the NBA player are:

For the 2019/2020 season, Dwight Howard, similar to many other NBA basketball players opted for the Nike Kobe 5 Protro as a tribute to the NBA star who died in a tragic helicopter crash.

After parting ways with Peak, Howard chose to wear Nike’s Kobe AD Exodus while in the courts. Fans will particularly not forget the Player Edition nicknamed ‘The Strongest Wills’ (Infinity Stones) that Howard wore on November 16, 2019.

This was the last signature shoe that Howard had with Peak and it was outstanding for it was the first-ever 3D printed basketball shoe. It features Peak’s P-Motive technology and a full-knit upper for a better fit.

Peak DH2 was different from the DH1 as it had more material on its upper as it combined patented leather plus neoprene alongside the Peak Surface technology. It provided a better fit than its predecessor that was made better by their soft and padded ankle collars.

After signing up with Peak, Dwight Howard received his first signature shoe from the brand in 2015. Peak DH1 was created to celebrate the rebirth of the star after many critics counted him out during his season with the Los Angeles Lakers. These shoes were notable for providing excellent impact protection and the fact that their silhouette came from a design competition where fans voted for the winning design.