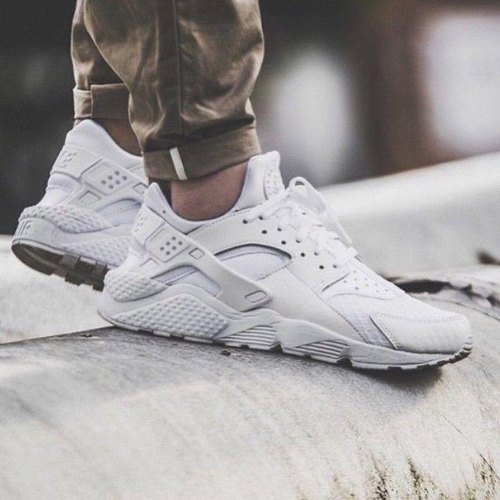 Everyone loves a pair of shoes that fits and looks stylish. Well, these have been the very defining features of Huaraches; qualities that have seen them attract such a huge following globally. It is no wonder that as the years go by these shoes have become the classics that everyone wants to own.

But, before we get into the details about Huaraches and whether they run small or not, it is essential to know the history of these shoes.

A fairly thick sole, narrow & slim look, and stylish designs have been the selling point for Nike Air Huaraches. Since they were gloriously introduced to the market in 1991 with the ad that went “Have you hugged your feet today?” There have been lots of models produced. Still, all of them have remained true to the defining features of the first model that became a part of the 90s retro trend.

The biggest selling point for Nike’s Huaraches is that they not only fit but they fit well. Everything attests to this right from how the upper part of the shoes has been designed to its lace-based customization. After all, it is supposed to provide a snug feel and perfect balance to the wearer.

But what has been the reception of customers?

According to most testers and market reviews, Nike Air Huaraches are comfortable and lightweight; qualities that make its “snug feel” okay. All one has to do is take the time to break in the shoes as they are stretchy and need to adjust to your feet. Therefore, it is normal to feel them being a little too tight the first time you try them on.

Still, for individuals with wide feet, the sneakers are bound to feel too narrow given their design. In such instances, the best solution has been to go for a bigger size to avoid the discomforts of a shoe that fits too tightly. Ordering up at least half a size or a full size has been a lasting solution for many clients who find their sizes to be too tight.

Overly, most people found Nike Air Huaraches to be the right size and could find the perfect fit by playing around with the laces. Also, it is essential to remember not to put on socks that are too thick, unless you are breaking in the shoes. This is because they have been built to “fit like socks” when put on and you do not need to wear socks with them.

The history of Huaraches

Firstly, the name “Huarache” comes from the Purépecha word “kwarachi” that loosely translates to sandals in English. As pre-Columbian footwear, the true origins of Huaraches have never been clear as scholars suggest that this type of footwear predates the European colonization of Mexico. However, one thing stands out, and that is its roots to the Mexican states of Yucatán, Michoacán, and Jalisco.

The early forms of this footwear show that they had an all-leather construction that was expertly hand-woven by skilled workers. In these early days, Huaraches were the preferred type of footwear by the rural communities and farmworkers given how easily they could access leather. It was also a suitable choice as it could be worn all day long given its unique construction and the demanding nature of farm work.

Later on, different designs started emerging as workers got more creative to how they would like their shoes woven. In the 1930s, leather workers began using the readily available old rubber car tires to form the soles of these shoes. This then became the defining look for Huaraches as car tires proved to be tougher, allowing owners to use their sandals for longer.

The biggest win for Huaraches was in the 1960s when it was incorporated into the hippie culture in the United States. As tens of thousands of young men and women made these shoes a part of their fashion style, it began being noticed worldwide. Since the hippie culture was one of the most influential movements of the century, Huaraches earned a spot in the mainstream fashion industry.

Even after the 1960s and 70s faded off, it was clear that these Mexican sandals would remain as prized footwear in many quarters. While it faded off from being such a popular type of shoes, there was enough publicity for it to be loved for decades. True to expectations, some of the leading shoe manufacturers have over time produced several shoe models in honor of the Huaraches.

One of the most popular modern renditions of Huaraches was by Nike in 1991. While these models are ‘too modernized’ to be confused for the traditional Mexican sandals, they have the right touches of the original inspiration. Nevertheless, the Nike Air Huaraches have since their release been a subject of debate as to whether they are just plain ugly or uniquely fashionable.

This debate has been driven by the ‘looks’ of these shoes that attempt to capitalize on the qualities of Mexican sandals – slim and providing a tight fit to the feet. On the one hand, this has seen it earn market attention as it appeals to the current pop and street culture. On the other hand, it has had its fair share of naysayers who have, however, been disappointed with the ever-growing sales of these designer pieces.

Also Read: Are Jelly Shoes Bad For Your Feet?

At the mention of modern Huaraches, there is confusion as to what this means. For some people, this footwear remains to be the Mexican sandals that are still hand-woven or produced semi-industrially in Mexico. For others, it is the modern models that have been produced by Nike as they have taken over the name.

Here, our focus was on Nike Air Huaraches and whether they run small or not. The bottom line is that as you go about shopping for these designer shoes, attention must be on how wide or narrow your feet are. If you have wide feet, you might need to order a slightly bigger pair for a comfortable fit as Huaraches are designed to hug the foot and stay in place.

Are Jelly Shoes Bad For Your Feet?

Are Nike Shoes Good For Running?

Can you spray paint leather shoes?

Can You Get Rainbow Sandals Wet?

Is it Better to Buy Shoes Bigger or Smaller?

How to Run With Flat Feet

Can The Inside Lining of Shoes Be Repaired?

Do I Sleep With My Walking Boot On?