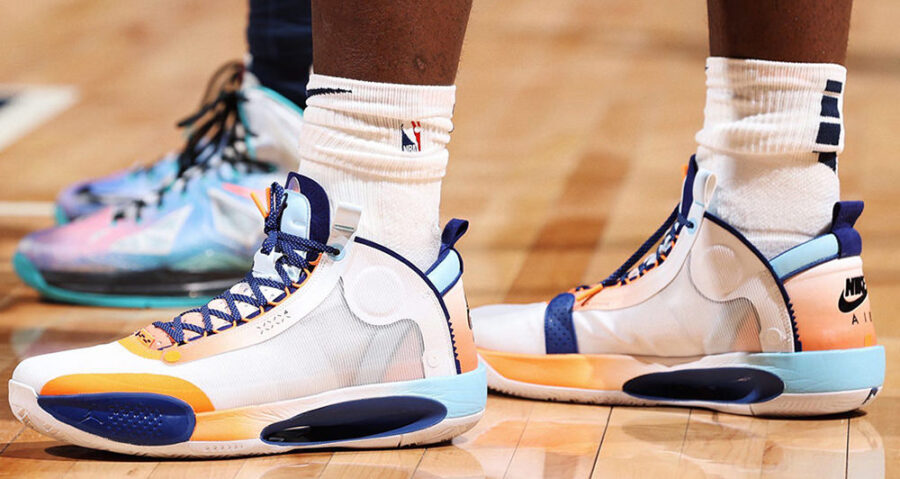 Born on July 6, 2000, Zion Lateef Williamson is a young and promising power forward who has just made his entry to the NBA. He was the first overall pick by the Pelicans in the 2019 draft and has already shown he has what it takes to earn a top spot in the league. Williamson was part of the NBA All-Rookie First Team in 2020 and has drawn attention because he dunks with great finesse despite his huge build. As a teenager, he holds the NBA record for scoring 20+ points in 10 consecutive games. On March 1, 2020, Williamson achieved his career-high when he scored 35 points and had seven rebounds when the Pelicans faced the Los Angeles Lakers.

The Jordan brand has always been known to pick the top talents, and there was no hesitation when it came to Zion Williamson. In July 2019, the rising star signed a multi-year deal with the brand that could be worth as much as $75 million (richest rookie shoe deal in NBA history). It is amazing that less than two years into the deal, there has already been a solid guarantee about Williamson having his signature line of shoes in 2021. Currently, all eyes are on the performance of the highly talented forward, as well as, his footwear.

On September 5, 2020, DJ Folk made a major public announcement to the NBA world through a Tweet. He made it clear that the Jordan brand had made up its mind and was set to release the Jordan Z Code (Zion Williamson’s signature line of shoes) in 2021. However, no further details about these shoes have been provided, and no one yet knows its design, features, or look.

The launch of Air Jordan 35

Zion Williamson was among the NBA stars that headlined the release of the Air Jordan 35 in September 2020. This shoe’s notable features were that it had an eclipse plate 2.0 that gave it better heel stability, a visible air pod in the midfoot, a curved upper pattern. Overly, these shoes are a true upgrade from the Air Jordan 34 and will have a spot in the courts for a long time.

Before Air Jordan 35 was launched, Zion Williamson loved the Air Jordan 34 that were the brand’s lightest basketball shoes. It further introduced the Jordan Eclipse Plate that includes two Pebax pieces surrounding its cushioning and a massive Zoom Air unit in its forefoot section. Williamson rocked some great player exclusives and exciting colorways, including; Martin Luther King, Bayou Boys, The Brotherhood, Pelican, and Infrared.

The unfortunate incident with Nike PG 2.5

Williamson found himself on the news when his Nike PG 2.5 exploded in the early minutes of a Duke’s game against North Carolina. This led to a sprained knee (although there was the fear that it could have been worse) that saw the then college basketball player sitting it out for the night. Nike later released an official statement, and the incident was termed as an isolated occurrence.