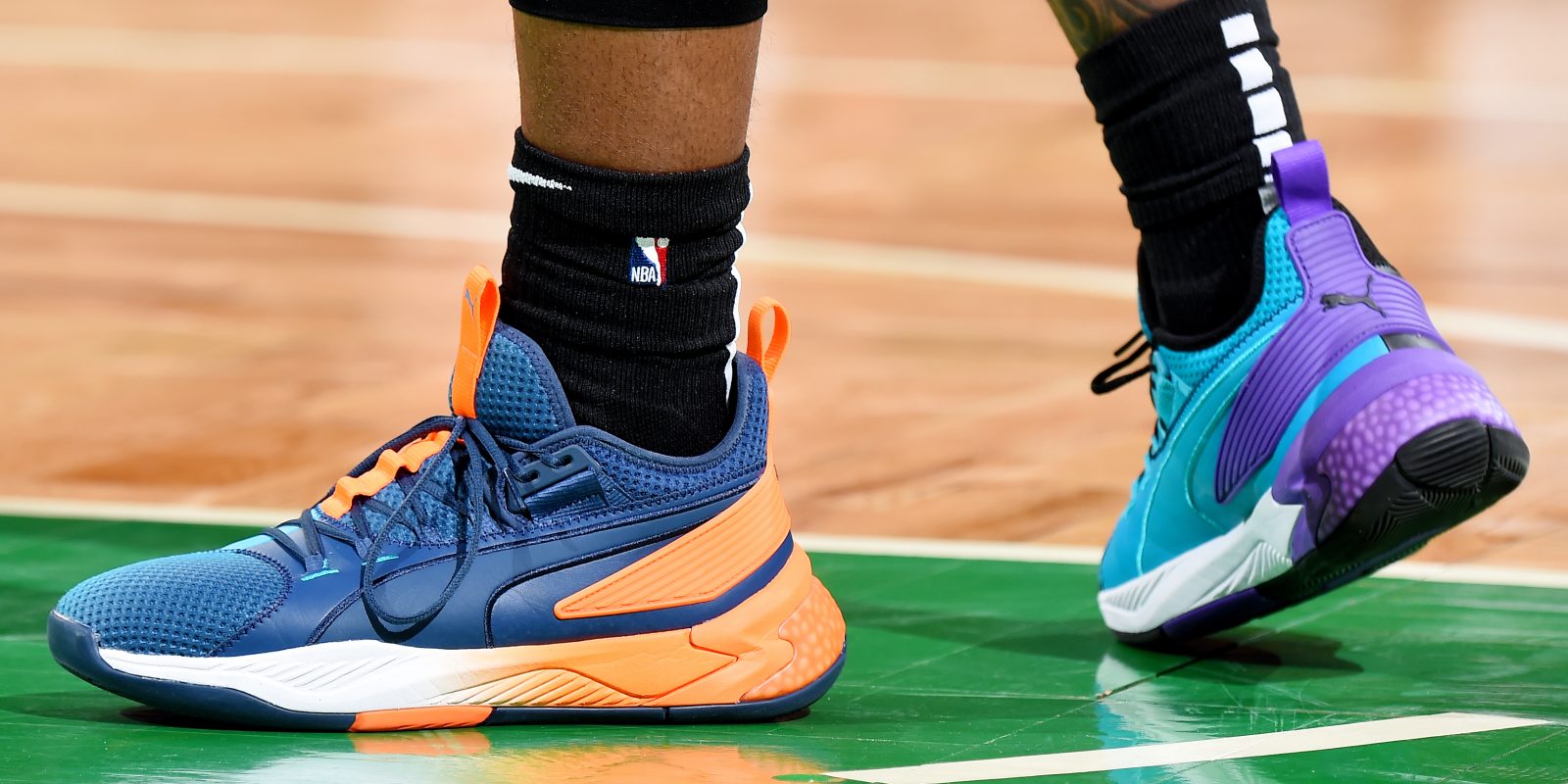 Terry Rozier currently plays for the Charlotte Hornets, whom he joined on July 6, 2019, after the Bolton Celtics traded him. The shooting guard, who made his entry into the NBA after being selected by the Celtics as their 16th overall pick in the 2015 draft. He quickly drew comparisons to Damian Lillard because of his playing style. True to expectations, Rozier has proven to be a rising shooting guard who can be relied on to deliver amazing results. Specifically, Terry Rozier put himself on the map when he led the Celtics to the doorsteps of the Finals without the team’s key players, Kyrie Irving and Gordon Hayward. Even as Rozzer continues to prove that he is worth the 3-year $56.7 million deal to the Charlotte Hornets, the NBA world has high hopes for the point guard.

The Puma deal that came to a sudden end

Just after his rookie season, Terry Rozier signed a shoe endorsement deal with Puma, who were slowly but gradually making a comeback into the NBA. As a fresh NBA player, his $300,000 3-year deal was the mark of an exciting ride as a professional. The partnership kicked off on the right foot, and the brand earned quite some bragging rights as Rozier is a youngster who knows how to steal the show with his kicks. The versatility of the shoes that Teddy Rozier wore and the exciting colorways and PEs dropped made him gain attention every time he hit the courts.

Unfortunately, during the Eastern Conference Finals, Rozier chose to wear Nikes instead of his brand’s shoe in a public shootout. Even though he later changed into Puma shoes for the game, the damage was already done as the brand quickly took note of this and terminated his contract.

Still, this does not erase the fact that Rozier, who wears shoe size 12, has rocked some of the illest sneakers from over the years, with the most popular ones being:

Puma Clyde All-ProThis is arguably one of the best released by Puma in the past years. Like many other Puma athletes, Rozier opted for these shoes as they have excellent traction, support, and cushioning, all in an attractive package.

This was the second series of the Clyde line of sneakers that Puma released. The Clyde Hardwood had an attractive design as it was made of a mix of luxurious materials as it featured leather upper plus sumptuous suede on the heel and a rubber cupsole.

While this shoe’s design was not appealing compared to other models in the market, it provided great traction. Rozier was among the Puma athletes who rocked these shoes after it was released on February 16, 2019.

This was the first performance shoes that Puma released ever since the 90s. It was a tribute to one of the brand’s greatest ambassadors Clyde Frazier, and it was a modern design construction with amazing cushioning. Its sock-bootie design and plastic heel counter for stability was an extra plus. Terry Rozier had fun with these shoes and received some exciting colorways and PEs, including; ‘Chinatown market,’ ‘Peace on Earth,’ ‘White with pink highlights,’ and ‘White and black.’

Terry Rozier has always been close with Kyrie Irving, and it is not surprising that he has constantly reached out for the superstar’s line of shoes. The Kyrie 4 ranks as his favorite.

Rozier is famous for wearing the ‘Scary Terry,’ a Halloween-themed shoe custom-designed by an 18-year-old, Dylan Robie. He rocked these shoes for the 2018 NBA playoffs.