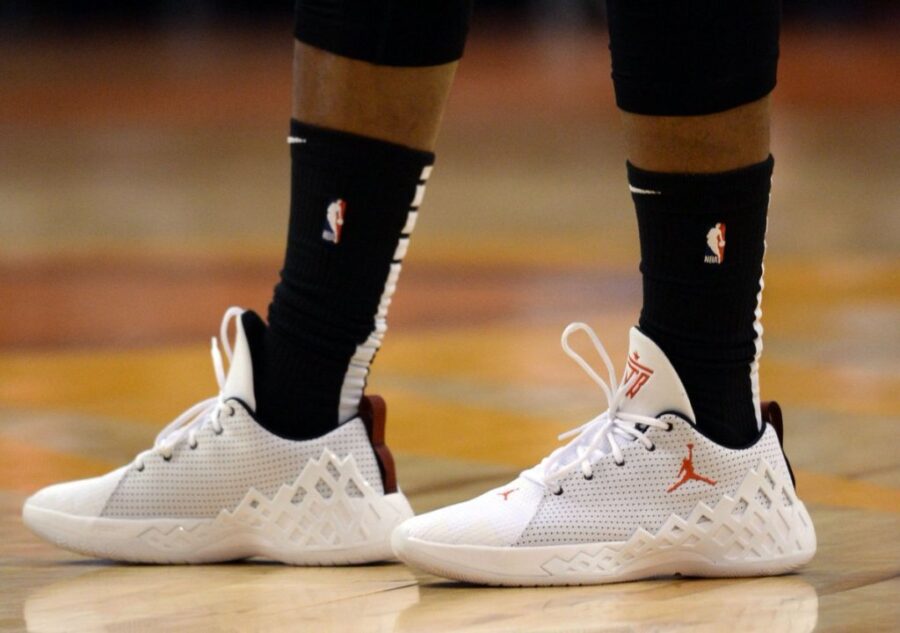 Jimmy Butler is a high-flying Miami Heat forward who has consistently proved wrong his critics and risen to be a respected NBA superstar. The three-time All-NBA team honoree, five-time NBA All-Star, and the four-time all-defensive wing also received the NBA Most Improved Player award (2015). Currently, Butler is a cornerstone player for Miami Heat after signing with the team on July 6, 2019. Before then, he had played for Chicago Bulls (2011-2017), Minnesota Timberwolves (2017-2018), and Philadelphia 76ers (2018-2019).

As a rookie, Jimmy Butler was often seen wearing Nike sneakers, but he quickly traded them for Jordans after signing a deal with the lucrative brand. The partnership was supposed to last for six years, but it ended ten months earlier, making Butler a sneaker free agent from January 2020. While Butler never had the privilege of owning a signature shoe from the brand, the endorsement deal saw him rock the courts with one-of-a-kind Player Exclusives.

After spending a few months as a sneaker free agent, Jimmy Butler took the big step and signed with Li-Ning. The Chinese sneaker company is mainly popular for its association with Dwayne Wade, who is a lifetime athlete for the brand and one of its shareholders. Butler’s move was influenced by his friendship with Dwayne and the promise that the new deal holds out. One of the aspects that propelled this was the guarantee of a signature shoe line, but as he waits on this for the 2021 season, he rocks their latest release.

The superstar who wears shoe size 13 has over the years rocked exciting masterpieces, including:

This the most prestigious basketball sneakers by Li-Ning, and Butler is expected to rock them until he has his signature line of shoes.

This was the first sneaker that Butler wore on the court after signing with Li-Ning. It features the brand’s cloud cushioning in the midsole and a soft textile upper designed to make players more flexible in the courts.

Butler had a soft spot for the Jordan Jumpman Diamond that he has always rocked in several high-end games.

Another popular pair associated with Butler is the Jordan Supreme Elevation, and his ‘Green and Yellow PE’ is a release that will not be easily forgotten.

Butler always opted for the low versions of Jordan shoes, and it was not any different when he rocked the Air Jordan 31 and 32 for the 2018/19 season.

Butler loved Jordan’s retro line, and fans can never forget the exclusive ‘Eminem Air Jordan 4 Retro’ that he wore on February 9, 2018. These sneakers celebrated the 15 years of Eminem’s Shady Record Label and were his most ambitious sneaker selection plus the most expensive (sold as much as $30,000).

The first Player Exclusive shoes that Jordan dropped for Butler were the ‘Air Jordan 29 Low Jimmy Butler.’ Featuring a JB logo and a striking Chicago Bulls colorway, these shoes dropped in 2016 and was considered the beginning of an exciting partnership with the Jordan Brand. However, this never matured to be a bigger deal beyond PEs and amazing colorways.