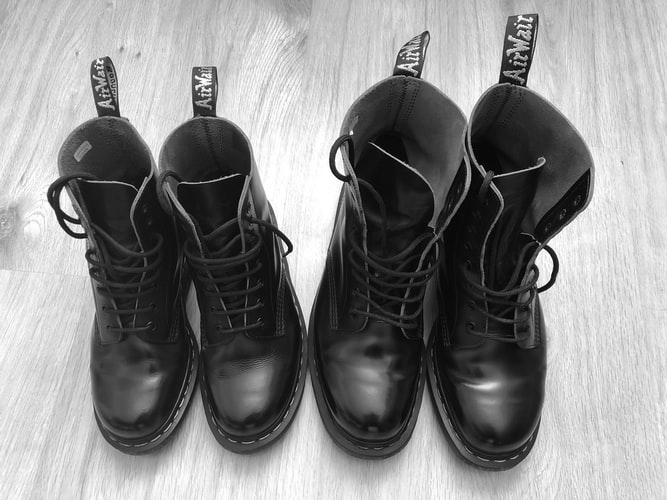 Right from the moment that Doc Martens appeared in the market in 1960, they were bound to significantly shake up the footwear industry. Primarily, this was because of how they redefined what constitutes a work boot when no other company focused on workers’ comfort. The extra plus was that Doc Martens had a sturdy construction and guaranteed to last a long time.

Fast forward to date, when the working boots that used to cost less than $3 have become more expensive and a popular fashion piece, there are questions about their durability. For a brand that has been worn by famous celebrities and figures, including Pope John Paul II and the Dalai Lama, it is critical to know the value they provide.

Back to the originals

The original idea that saw Doc Martens gain popularity in its early years was the attention it paid to building comfortably tough boots for the frontline workers. This was a tightrope to walk as, on the one hand, there was a need to give workers sturdy shoes that would protect their feet as they work in demanding work environments. On the other hand, there was the urge to take over this niche market by giving workers comfortable shoes that they could wear for long hours and still feel great.

Luckily, Doc Martens had a new design and idea that would give them a competitive edge. The introduction of air-cushioned soles and the boots’ unique construction allowed for comfortable interiors proved to be a winner. True to expectations, factory workers and government workers quickly fell in love with these boots that had set a new standard in the market.

However, the excitement was not just about the boots’ excellent qualities and how good they felt on the feet compared to past varieties. These shoes had another defining characteristic, and this was their durability. Workers could use these shoes for decades as they seemed to get better with age, even as the leather body slowly gave in to natural wear. This made them earn a ‘for life’ tag and earn a solid foundation that allowed the company to grow its market share and attract the attention of the mainstream industry.

Since its establishment in England, Doc Martens boots’ production was limited to the country as they had ready access to raw materials and skilled expertise locally. But, after the boom of the 90s, the boots were no longer as popular, and it increasingly became expensive to produce the shoes. By the year 2000, the company had to spend an average of $87 to produce a single pair of boots, which was unsustainable.

In 2003, the company almost went bankrupt and had to think out of the box to save the brand from going under. Doc Martens chose to move its production to Asia, where it would be cheaper to make its boots. To date, the company only makes around 2% of its shoes in its original Northamptonshire factory.

Did this shift of production affect the durability of Doc Martens?

An aspect that has continued to provide Doc Martens with the expected touch of excellence is that the company has retained its original production methods. The very features and construction that defined the earlier boots have remained unchanged. The company has actually gone ahead to introduce a variety of new models with extra features to serve its broad market range.

How Many Years will my Doc Martens Last?

While it is clear that Doc Martens will not last forever, durability is still in the company’s DNA. Even after shifting its production to Asia, it is still possible to purchase a new pair of boots and use them for several years. However, this is dependent on a number of factors but most importantly, how well you take care of your shoes.

The long and short is that the better the shape of your Doc Martens, the more they are bound to last. It is also important to realize that these boots are made of leather and a rubber sole that can get damaged by prolonged exposure to some elements. For this, you need to avoid placing the boots under direct sunlight, exposing them to excessive moisture, water, or snow treated with salt.

Simple care procedure to prolong the life of your Doc Martens

The secret to ensuring your Doc Martens serve you for years is by providing them with the best care. The best way to go about this is by:

It pays to ensure your boots are thoroughly cleaned every three months. This should be done to get rid of all the dirt and scuffs the shoes have accumulated over this period. You should then let the shoes dry in a well-ventilated place for at least two days.

The leather used to make Doc Martens needs to be moisturized and conditioned regularly. You will need to invest in the best leather conditioners and polish besides remembering to condition and polish the shoes as frequently as possible.

Waterproof the shoes whenever necessary

You need to protect your Doc Martens by spraying them with a waterproof protector. This will help in avoiding water damage and keep your boots in the best shape.

Doc Martens have been built to last, and once you have invested in an authentic pair from the brand, you just need to provide them with the best care. The importance of caring for your boots is to ensure they get to serve you for as long as possible. Overly, this is not a complicated process, as all it requires is investing in the right shoe care products, and you are good to go.

How To make Cosplay Shoes

Can you spray paint leather shoes?

Can You Get Rainbow Sandals Wet?

Is it Better to Buy Shoes Bigger or Smaller?

How to Run With Flat Feet

Can The Inside Lining of Shoes Be Repaired?

Do I Sleep With My Walking Boot On?