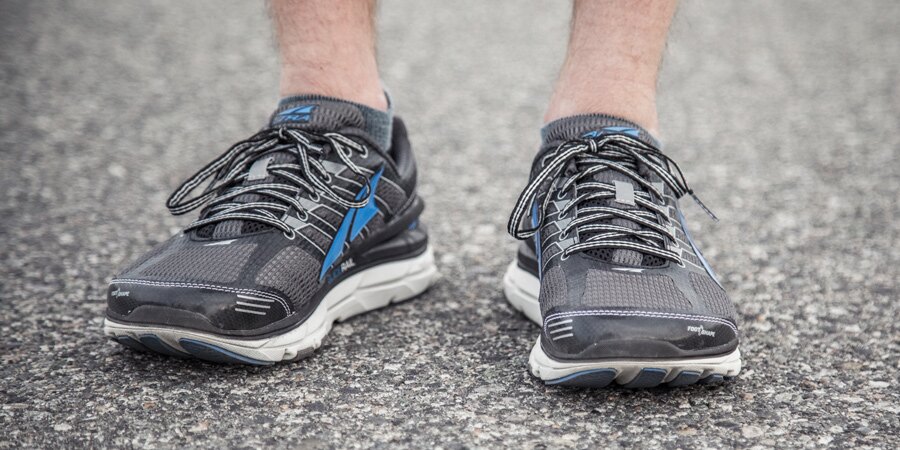 Why Are Running Shoes Ugly?

Running shoes are absolutely useful. They help keep you moving throughout the summer heat, during the rainy season, and those chilly cold winter temps. They’re generally designed to remain relevant and most importantly help prevent injuries. It’s such a crucial requirement as far as runs and athletics are concerned.

One major gripe, however, is that this footwear form is not that beautiful. They all look the same to some extent with a pretty ugly silhouette. The colors are intense, and most of them feature some kind of busy patterns on their construction.

The upper of these shoes seems to be simultaneously subtle and typically unnecessary. They’re those basic shoes you wear to run (and probably workout sessions), and that’s it. Running shoes aren’t meant for style, venture, or sneakerhead sites. They are simply functional, and that’s the point. Beauty lies in the eye of the beholder. We all know that.

But do they really have to be so ugly? Can running shoe manufacturers emulate the larger apparel space and present something comfortable, yet cool to the eye?

Well, how attractive the pair looks isn’t as important as how it feels when running. However, there’s nothing wrong with wearing a cool pair of running shoes. Below are some of the major concepts describing the point behind the visibly unattractive look of most running shoes.

This is an undeniable fact, and shoe companies want you to know that. Three or four decades ago, running shoes were downright simple. They featured outsoles, uppers, and laces. They also came in a few color selections. Very few individuals purchased them because only a few people used to run.

Consequently, manufacturers had to find ways to develop unique and special models from the market, including some in their own line-up. It’s a marketing strategy known as product differentiation. It’s applied in everything from beverages to laundry detergents.

One industry insider stated that shoes are designed to look as if there some technologies and innovativeness involved. Coming down to sales and marketing, shoe companies tend to assume that high-tech beats aesthetic.

Look Is A Tertiary Concern For Running Shoes

The next limiting factor is any aesthetics featured by a certain pair of running shoes is, best case scenario, not as important as the overall running experience. Most running enthusiasts would prefer sticking to a pair that they find comfortable on their feet.

Even after trying dozens of pairs of models, runners are more likely to remain with a model that would complement their running style. Although you may like them to be a smidgen more design-oriented, in any case, they’re typically fine.

Runners are substantially more worried about if they’ll get hurt or not. If all go well, they swap aesthetics for comfort and reliability. One footwear analyst that this is a common behavior across the industry. And if a runner settles on a particular brand model, they usually keep on purchasing that shoe.

One would even say, it’s more of an opportunity for anyone willing to develop a simple, cool-looking pair of shoes. Such products would presumably stand out more among the messiest running apparel on the market today.

Pricing is another influential factor. Running shoes are offered on different premium qualities, ranging from $70 or so to more than $120. And while remaining relevant is a major concern, low-end shoes also need to incorporate some flair and sorts of logos indicating that technology was used in the development of the shoes.

All the color ingredients, the overlays, and logos increase along with the product price point. More features represent better models. In running, the ability to do more might mean compromised looks to some extent.

The runner, lack of aesthetic focus, and the pricing system all contribute to bold and bright running shoes. Yet, that doesn’t mean that the trend won’t change. Numerous shoe reviews have been pushing forward to the muted colors.

One Brooks’ insider stated that they’ve been receiving feedback from both consumers and retailers that people are going for runs, afterward directly to brunch or the bar. Meaning, they need a shoe that supports that lifestyle. Likewise, reports from Nike and Adidas are geared towards the same interest.

Similarly, Locke-Peck’s colleague Grimes and the team conducted two-year research focusing on runners around the world about their needs, their fit, comfort level as well as color and style.

According to their remarks, the point is to put the wider apparel space into consideration for more satisfying models. Apparently to be a prominent brand in the run, one has to understand how looks are important and how you can make them relevant for the consumer.

You will come across many of these shocking, flashy shoes and you will probably begin to wonder; is this simply not a twilight bar wagered that skimped everything as far as looks and style are concerned? The trend started years ago where low-level designers strived to outdo each other’s, ugly model. With time, most of these brands seem to have made it in producing shockingly brisk deals and hence even uglier designs. Buyers have also been too much into comfort, support, and durability rather than how the shoe actually looks.

Why Are Sneakers Called Tennis Shoes?

Shoes generally go by different names, from sneakers, trainers, athletic shoes, and any other collective name you might think of. But have ever wondered why sneakers are called tennis shoes, yet they are used for many...

How To Stop Boots From Squeaking

Boots are well among the most popular footwear, mostly recognized for multiple applications. Various footwear designs have come and gone, but boots are still thriving, and they don’t seem going anywhere any sooner...

Can You Wear Basketball Shoes Casually?

Can You Wear Basketball Shoes Casually? When it comes to outfitting, you don’t have to be a megastar to rock certain footwear like a model. In fact, most of the well-known and notorious tennis shoes available out there...

Your Header Sidebar area is currently empty. Hurry up and add some widgets.