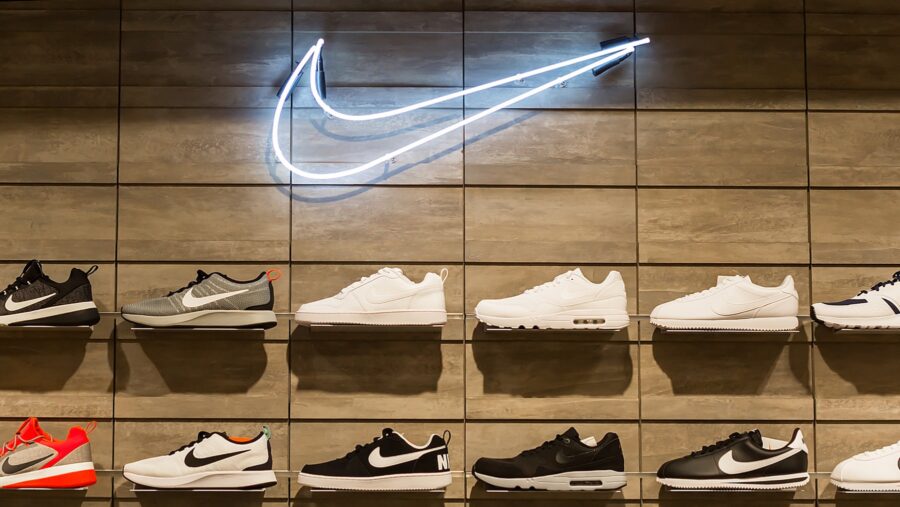 Nike is an American global corporation and one of the world’s largest manufacturers and suppliers of athletic shoes, apparel, and other sports gear. Other prominent brands in this industry are Adidas, Asics, Puma, and Under Armour.

Nike comprises Nike, Hurley, Converse, and Jordan brands, and their headquarters are based in Beaverton, Oregon, in the United States.

The company has been around since 1964, with its first products being marketed in 1972. They initially used to manufacture running shoes but rapidly branched out, releasing basketball shoes, tennis shoes, cleats, and skating shoes.

Today, Nike produces hundreds of different types of footwear, much more than how they originally started.

Where Are Nike Shoes Manufactured?

Coming down to the actual production, most Nike shoes are not manufactured in the US. Instead, these shoes are made in 14 countries. Reports show that at least 96% of Nike shoe manufacturing factories are located in China, Indonesia, and Vietnam. China and Vietnam are the leading Nike shoe producers representing 36% of the total production worldwide.

The company involves at least 785 factories with more than one million laborers. These factories have different owners. Nike has contracts with independent resource companies to acquire raw materials such as rubber and cotton. Nike negotiates with most of these factories to acquire components and finished goods at a lower price than if they had their own plants.

Based on reports, there are 72 factories in China where Nike shoes are produced. This makes up to 15% of the total number of their factories.  Indonesia represents 22% and Thailand 6% of Nike shoes that are being delivered worldwide.

However, in 2010, Vietnam was the largest Nike shoe manufacturer out producing China and Indonesia. Factory workers receive between $118 and $171monthly.

This, however, depends on where the factory is located as the minimum wage varies from place to place in Vietnam (based on reports from 2018). Around 47% of the Nike finished goods factory workers are in Vietnam, comprising 250,000 workers, 78% of them being female.

Nike claims that 3.5% of the workers are migrants, though they don’t specify who counts as migrants workers, meaning these numbers might be a tad more inflated. The fact that Nike uses independent contractors for the material gathering also means that they have no records of the number of employees.

The Making of Nike Shoes

Nike shoes are made of rubber, polyester, Eva foam, cotton leather, and synthetic materials. Since the company aims to pick up the status of sustainable footwear and apparel brand, it’s controlling its effect on the environment by making sure most of the material employed in the production is recyclable.

As per reports, 19% of the polyester is reused to manufacture Nike shoes, and 82 million water bottles are recycled to create polyester for these shoes. Additionally, Nike uses 70% of environmentally produced rubber obtained from Thailand, Malaysia, and Indonesia.

What’s more, Nike also obtains organic cotton without any pesticides or synthetic chemicals in India, China, and the USA. Likewise, it has begun using fly leather rather than grain cowhide, probably due to its lesser carbon footprint, lightweight, and durability.

Despite the fact that Nike shoes are made outside the US, the company has its own shoe designers, developers, and architects too. Hence all the plans and styles are suggested by its own designers; the materials are chosen by its own developers. The whole works are then forwarded to the factories and processing plants to continue with the production.

The company provides all the required materials to the factories, and after finished goods have been achieved and packed, Nike merchants ensure their accessibility in 1,152 stores over the globe.

One common method used in making Nike shoes is a cold cement assemble (a high-energy procedure). The method is accompanied by the connection of the upper part to the shoe by glue. This is done under high mechanical pressure. The sewing, sock lining, and finishing are done thereafter. Attributable to its remarkable quality, the shoes are inspected carefully to avoid any loss.

The company minimizes its manufacturing overhead by about $0.15 per unit through their lean supply chain. And considering that the company moves 900+ million units per year, these savings amount to a substantial edge.

The way in to Nike’s efficiency is the budget manufacturing costs. Rather than processing and operating its own processing plants, Nike’s shoe division requests the administration of independent contract producers in 14 countries around the world.

More to the manufacturing process, Nike also depends intensely on self-employed or independent contractors to source the raw materials for the shoes from the countries they’re produced. This allows Nike to consolidate its transitional expenses by controlling the number of vendors with whom it must arrange contracts.

While sales-to-wholesalers usually involves most of Nike’s revenue, the company is putting forth serious effort to grow its essence in other distribution channels, particularly direct-to-consumer sales.

Although progress is surely being made, the company still has a lot of work to do to coordinate the DTC income shares accomplished by competitors like Adidas (25.4%) and Under Armour (25.3%).

Direct to customer sales allows Nike to interact straight with buyers, deliver improved customer services, and improve the feel for what buyers really want. On the other hand, DTC sales also mean that the company needs to be progressively receptive to the fashion impulses of the general public.

In simple terms, Nike is treading all over the competition. The company’s largest source of footwear is obviously footwear. It is ranked as the world’s most valuable athletic brand, worth an astounding $15 billion. Shoes are generally labor-intensive to produce, where, given the high labor cost in the US, makes local production pretty much untenable. It’s no big surprise that almost all Nike shoes sold in the US are manufactured abroad.

Are Basketball Shoes Supposed To Be Tight?