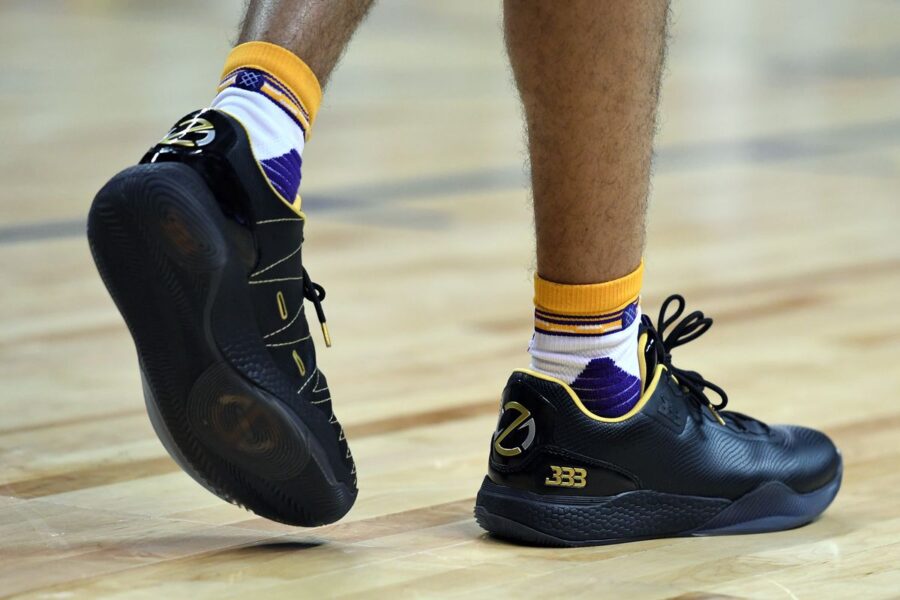 Lonzo Anderson Ball is a basketball genius, especially when it comes to his accuracy in throwing the ball. His love for basketball began at a young age, and as a high school senior, he was already a national champion. In turn, it was not surprising when the Los Angeles Lakers picked him as the second overall pick in the 2017 NBA draft. However, shoulder and knee injuries came in the way of what was to be one of the most exciting seasons for the young star. Still, he had impressive numbers whenever he played, and on July 6, 2019, he was traded to the New Orleans Pelicans.

Like any other young and rising basketball star, Lonzo Ball has a soft spot for neat and functional sneakers. After all, it is the secret to a good game and speaks volumes about a player. After the Lakers signed him, the top basketball sneaker brands, namely; Nike, Adidas, and Under Armour, were all after him. Unfortunately, LaVar (Lonzo Ball’s father) had other ideas that saw all these brands walk away.

LaVar never wanted his son to land an endorsement deal with any leading brand; instead, he wanted a co-branding partnership with his Big Baller Brand (BBB). Yes, Lonzo Ball signed a deal with the family business, but it came with the right amount of flexibility. This is because despite partnering with BBB, he had the freedom to wear shoes from other brands while in the courts.

As expected, Lonzo Ball made two appearances with shoes from the Big Baller Brand, and these were the:

This was the signature shoe that Lonzo Ball launched under the BBB in 2017. It was designed to support Lonzo’s quick lateral cuts and offered special Haptic 3D printed support in high abrasion areas. BBB also wanted the shoe to be lightweight and had the upper part made of mono-filament Ripstop mesh.

This was the flashiest pair of BBBs that Lonzo wore to the courts as it came in a bold core yellow color scheme. They also seemed to march his skills as he racked up an impressive stat line in them.

Despite having an agreement with the Big Baller Brand, Lonzo Ball enjoys a lot of independence. He even strongly criticized the BBB shoes, given how much he had to switch them as they would rip after a short time into a game. This has not been in the best light for the brand as sneakers’ functionality has always been more critical than their appeal. Therefore, it is not surprising that in most games, Lonzo tends to opt for Nikes and his favorites are:

Lonzo Ball has admitted to loving playing in the Kobes, and there is not a question that these are some of the best sneakers for most NBA players. He chooses these shoes for most games, despite being the unpredictable player who switches his shoes whenever he feels like it.