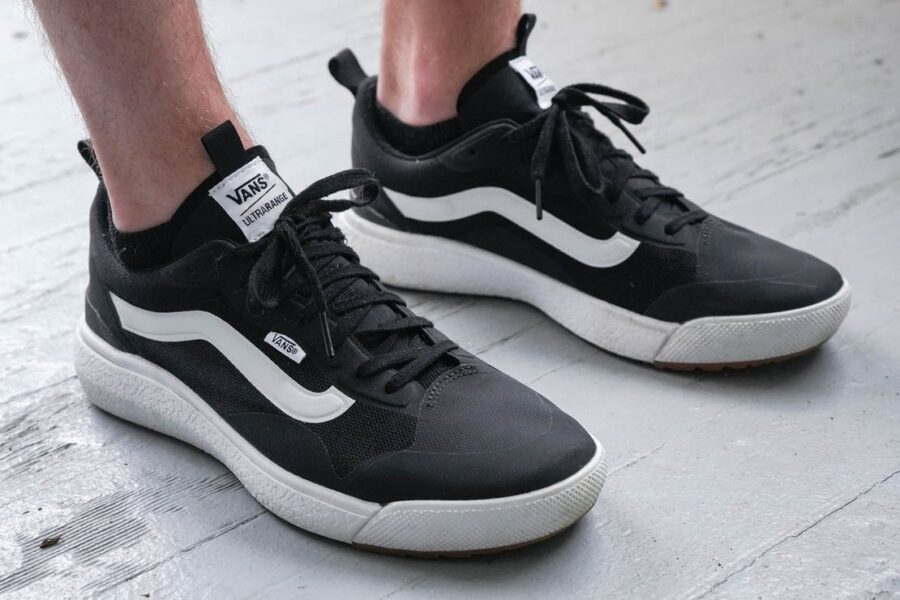 Can You Run in Vans?

Van is the skater shoe and the icon of the 1990’s every musician wanted to have in their closet. You may have heard the name several times and wondered, rightly so, why they are so popular. Many would argue that the popularity stems from being attached to the Warped Tour. It could be partly right. However, the truth is that Van’s, every punk musician’s dream, has been one of America’s iconic and most cherished Shoe Company over the years.

But the question is, Can you run in vans?

There is not a definite answer to this question. We have different factors to consider before deciding whether to step out in them for a weekend road trip.

The question, however, should be: Can you run in Vans?

Let’s all agree. We can all run in any shoes. And it doesn’t matter the kind of race you are doing. Alternatively, you could still run barefoot if you trust your feet to be tough enough.

So the simple answer to the question is a loud yes, you can run in Vans shoes.

The market is flooded with a variety of Vans brands. And because their quality is top-notch, it’s always difficult to settle on the most ideal for your outdoor activity.

But for this discussion, I am going to limit the discussion to Classic Canvas shoes. While some modern styles do not conform to the standards we are discussing here, most of them are suitable for your skating and morning work-outs.

Does being resistant to skating make them suitable for running?

I have come across many athletes who believe that Vans are suitable for running just because they make good skating shoes.

But their argument is far from the truth.

While we admitted that you could use Vans for running, it doesn’t necessarily mean they are the best fit for track activities. Vans aren’t meant purposefully for running, but for skating. So, yes, they are meant for athletes, but not for the track.

As earlier explained, there is so much science that goes into making running shoes. Sadly, such specialties don’t come with Vans.  The basics of making running shoes mainly focus on comfort and support. The idea behind it is to make a runner endure longer distances.

The opposite is true for Vans. They have flat soles and are stiffer to endure the continuous wear and tear of skateboarding.  The majority of people who have run in Vans shoes have bad experiences and wouldn’t want a repeat.

It is not cushioning!

Vans have been the go-to option for almost all skateboarders since they were first launched in the ’70s. And because they have maintained the sturdy and firm sole over the years, it means the skateboarders have been more effective in pushing forward.  But is that the same force you want while running? Not really.

Any running shoe must provide an athlete with major cushioning to eliminate some of the massive force. Otherwise, this force might be transferred to your knees if left unchecked and could damage the cartilages and ligaments.

Also Read:  How Much Does It Cost To Make Vans Shoes?

Vans are just too stiff- for your run.

Did you know that your feet alternate between flattening and bending hundreds of times as you run around the track? You might ask yourself why the knee has to end each time you run.

Well, for your running mechanism, the bent feet push the whole body forward as it flattens and lets in the other to do the same. Unfortunately, the midsole of these Vans isn’t made to allow this type of bending.

But there is a fix.

You can’t prevent any natural reflex that is ingrained in our genes. For that reason, the bending will load more forces into your feet’s arch, thus increasing the possibility of sustaining injuries.

With the Vans shoes, you will not receive the same powerful push as you run. It, therefore, means you will start feeling tired even before you complete half of the race.

There are no types of shoes that can match classic Vans in terms of sturdiness. However, that is where it all ends for a runner. They are sturdy but don’t correctly support the runner’s feet.

Most of these Vans shoes have their upper parts made of canvas alone. And such material doesn’t provide the lateral support needed around the heels.  With no support in areas around the heels during running, you are likely to sustain more injuries.

Have you ever realized that when you stand barefoot on the floor, your feet are lifted slightly off the ground, just around the inner middle part?

Well, if you did not know, then those are the elastic arches you hear about so often.

It is possible to run without having your arches supported. However, that might leave you exposed to so many muscular problems in the future.

Have you ever heard of somebody who suffers from flat feet?

Any person with such a condition would be at a higher risk of sustaining injuries if they were to wear Vans shoes. Wearing archless Vans would put excess force over their feet, hence intensifying pain over a long run.

Too heavy to take off

A typical Vans shoe weighs about 2.5 lbs. That is a massive contrast to the recommended running shoes, which weigh about 10 ounces only. There has been an argument that the heavier the shoes, the more muscles an athlete gains.

And it is true.

However, they fail to realize that an athlete runs and doesn’t majorly focus on lifting weights and working out.

So, when an athlete runs in heavy shoes, they will be forced to land on their heels. Yet, according to numerous research, landing on your heels is highly destructive to hips and back.  Light shoes will motivate you to land most naturally.

Running in Vans is okay. You can do it at any time.

However, going by the demerits of using shoes, we can conclude that they are certainly not the best. While some of their features are suitable for short term runs, they could be highly destructive for continuous running over long distances.

Why are Balenciaga Shoes So Expensive?

Is Wearing Shoes Without Socks Bad?