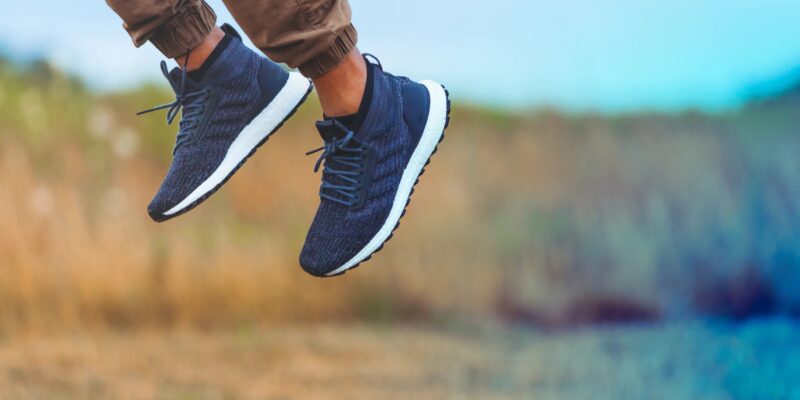 The Adidas Ultra Boost, established in 2015, was a significant evolution of the Boost. The ARAMIS motion capture technology formerly utilized by NASA to check the anatomical integrity of their space shuttles was used to develop this shoe. The technology helped the Adidas Innovation Team access the tension and strain on the various parts of the runner’s foot up to the submicrometer level. The new way of analyzing performance resulted in the Ultra Boosts iconic figure: the heel-to-toe boost, divide lace cage, and the Primeknit upper.

The Adidas Ultra Boost is suitable for running. Its comfortable, shock-absorbent, light and bouncy soles offer runners the best-running experience making them their first choice. So if you are looking for a perfect running shoe with similar features, you should give the Adidas Ultra Boost a look.

The Adidas Ultra Boost shoes became the first running shoe to gain everlasting popularity in the classic world of fashion as it was with running. That was due to a short series of shoes in different colors, including the reflective glow zone that Kanye West used during the 2015 Billboard Music Awards and the elusive all-white shoe. Today, the Adidas Ultra Boost lineage has featured in many areas, including movie series such as then Consortium editions and the Game of Thrones.

Why the Adidas Ultra Boost is a Unique Running Shoe

Improved cushioning is critical in constructing an ultimate running shoe. However, the traditional materials that were used in softening weren’t as flexible. Thus shoe companies that use EVA in the sole and want it light and more adaptable must eliminate some materials by cutting slots.

To resolve the problem in 2006, the material experts at Adidas and BASF started analyzing particles of E-TPU (expanded thermoplastic polyurethane). With its great rice-grain shape, the plastic capsules’ feature was great for making a perfect running shoe cushioning. The cushioning hence would be easily compressible, highly elastic, flexible, and soft.

Enlightened on that, the scientists blended thousands of plastic capsules using pressure and steam. Afterward, they used the material to create a midsole. The results of binding the capsules together was a unique cell structure that was highly elastic. The responsiveness permits the foam to regain its original form when compressed. The process efficiently returns energy to the runners with every strike they make to the ground and then lifts their feet back up again.

Energy Boost was the name given to the material by Adidas. Shoes made with Boost midsole were launched first in 2013. Since then, the shoes have become a runner’s hit and a lifestyle fashion. As a result, there have been multiple replications of the Boost technology. However, the launching of the Ultra Boost in 2015 aimed at providing the best running experience ever.

So how was that achieved? Unlike in the previous versions, the new midsole material has a twenty percent increase in E-TPU capsules packed in it. That leads to improved cushioning and more energy return. Additionally, to cradle the foot comfortably, Adidas redesigned the heel making the shoe adjustable during compressions to efficiently work with the natural movements of the runner’s Achilles tendon. Other additional features include a TORSION SYSTEM at the shoe base that offers a runner a softer and stable run and a new sock liner that can adapt to the individual’s foot forms.

With the EVA midsole that is relatively hard and found in many shoes, running is uncomfortable since you will be running on top of it. However, with the Ultra Boost, though you will sink deeper into the foam, support is efficient. Hence a soft sole is no longer used to define poor performance. Additionally, the Ultra Boost offers you a host of advantages in a single material. These benefits include:

Besides reconstructing the midsole material, Adidas also reinvented the outer sole. They came up with a grid-type rubber style that they named Stretchweb. The pattern allows the Ultra Boost sole to maintain its shape. Woking likes hundreds of rubber bands; the erratic design stretches and moves to adapt to various people’s feet moving and flex while running. The extra flexibility when a runner’s sole strikes the ground assists in unlocking the full potential of their body by allowing their feet to spread out wider with each step, leading to a more natural and stable gait.

Every single part of the Adidas Ultra Boost is designed to offer adequate energy return to the runner. Its midsole, made of three thousand E-TPU capsules, bounces back efficiently after compression. In addition, the Stretchweb sole expands and prevents the deforming of the foam after you land, permitting for additional elasticity and flexibility. Like a rubber band, the Stretchweb contracts bringing the foam back to its shape while at the same time releasing more energy to the midsole and, ultimately, to the runner.

Are Adidas Ultra Boosts worth the Hype?

If you are an individual that loves running, then this shoe is worth a look. As earlier stated, its sole is what makes it worth the hype. It is specially designed to absorb shock maximally and to provide the runner with a lightweight bounce. In addition, its comfort is beyond anything that you have ever come across in the market.

This sneaker is comfortable, stylish, and easy on your knees when running, making it suitable for the long run.

The cons of using the Adidas Ultra Boost

There is no doubt that the Adidas Ultra Boost are expensive. However, this shouldn’t scare you for a durable, comfortable sneaker and lasts for a while. The sneaker also gives you a stylish look besides offering you the best running experience. S

Are Adidas Cloudfoam Good For Running ?

What Are Crocs Made Of

How Long Does it Take to Break in Birkenstocks?

Why Are Converse Called Chucks?